One of Marlboro’s most important influences was the revered violinist Felix Galimir, who for 45 years, from 1954 through 1999, shared a deep musicality and infectious personality with generations of eager young participants. In so many ways, he opened new worlds, not only in terms of the repertoire for which he became known but also in the thoroughness and care with which he explored each piece.

An adherent of the Second Viennese School closely associated with Alban Berg, he led the Galimir String Quartet with his three sisters while still a teenager. In 1936, the Quartet won the Grand Prix du Disque for their recordings of the Berg Lyric Suite as well as for one of the first recordings of the Ravel Quartet, with both composers coaching and attending the recording sessions. It was this diverse background and knowledge that Galimir brought to Marlboro, having fled Vienna for Palestine and coming to the U.S. in 1938.

Galimir’s knowledge of the string repertoire and his experience as a violin and chamber music coach at Juilliard, Curtis, and Mannes made him an invaluable colleague of Rudolf Serkin. In annual auditions, in selecting works and personnel for pieces suggested by the participating artists, and in proposing senior artists to be invited to join the Marlboro family, Galimir played a key role in the development of three generations of musical leaders who were deeply influenced by their summers in Vermont.

He introduced string players, many of whom went on to form prominent string quartets, to the worlds of Schoenberg, Berg, and Webern while attempting to convey these composers’ deeply expressive qualities, which he felt were not sufficiently recognized. For those fortunate to have participated in or heard his conception of Schoenberg’s Verklaerte Nacht, it remains a most treasured performance, and his Pierrot Lunaire was a revelation for the artists who had the life-changing experience of playing it with him.

Another coveted Marlboro experience for any young string player was to play one of the Bartók string quartets with Galimir in the second violin chair. But, then, all Galimir performances had a rare and distinctive quality—Haydn, Mozart, Dvořák—offered a special musicality and a sense that much more had been discovered and mastered than just the notes in the score.

A dynamic personality, Galimir was both demanding and inspiring. He had a wry sense of humor and a twinkle in his eye, but he also had a most expressive way of displaying his unhappiness when his colleagues were not properly prepared or focused. He was definitely of the opinion that the composer deserved the utmost respect. He cared about young musicians on a human as well as a professional basis with the same fervor that he had for music, and for so many in the Marlboro community, he was a beloved father and uncle figure as well as an inspirational mentor and friend.

As the New York Times wrote upon his death:

“It would be difficult to overstate Mr. Galimir’s centrality in American chamber music life but perhaps the best measure of his influence is that at virtually any chamber music concert today, at least one musician on the stage is likely to have studied with, been coached by or performed in an ensemble with him.”

His contribution to Marlboro was immeasurable.
.
.
☙Use the links below to access additional biographical and archival materials. ❧

These recordings present a rich slice of Marlboro history, and the range of featured participants captures a wonderful cross-section of Marlboro generations among Felix Galimir’s fellow players. Having lived in the time and milieu of these works, Galimir brings stylistic authority and a great knowledge of the pieces in these fine performances. While these recordings are exclusive releases of historic Marlboro performances, they are also representative of the depth and breadth of Galimir’s artistry and what he gave to so many musicians and audience members. 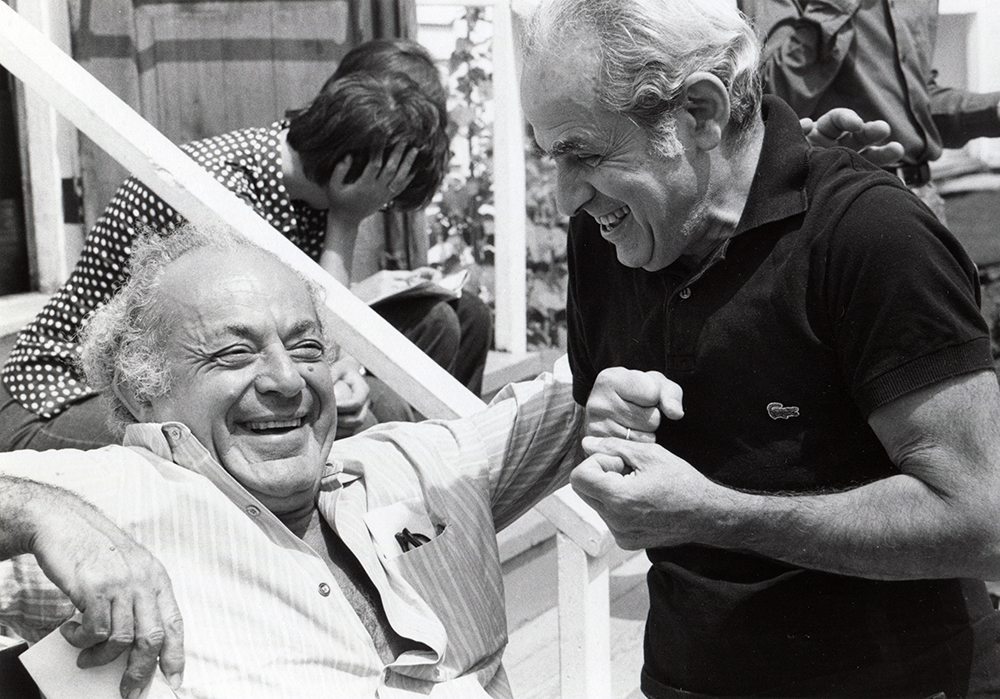