A significant bequest from the estate of Celia Bertin Reich provided Marlboro Music with the impetus to embark on this transformational project  involving the construction of the Jerome & Celia Bertin Reich Building and a new residence hall. The Reich building houses chamber music rehearsal studios and a music library, offices, and common areas. The 18-room residence hall houses exceptional young musicians each summer. 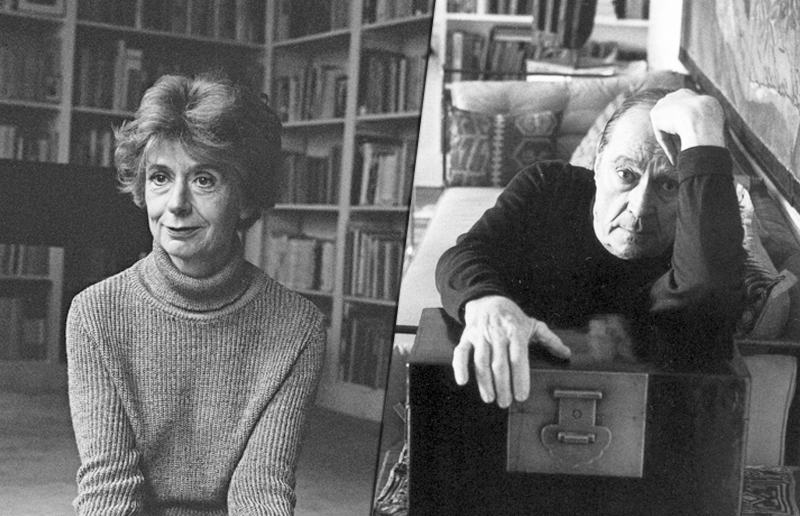 Celia Bertin Reich and her husband, Jerome, shared a belief in the power of chamber music as a force that could bring people together.

A Design for Vermont

The architects for this project are the award-winning team of Joan Soranno and John Cook at HGA Design. The new facilities are nestled into the adjacent rolling hills so as to offer inspiration and views of rural Vermont from every angle. Elegant and refined in design, they have large windows and abundant natural light; energy efficient, geothermal heating and cooling systems; and minimal impact on the surrounding environment. With a green roof that can be enjoyed as an outdoor deck, the new design reflects the simple, country ethos of southern Vermont.

It was in 1950, just four years after Marlboro College began, that its founder Walter Hendricks invited Rudolf Serkin to present summer concerts on the campus to help raise funds for the college. Mr. Serkin was taken by the beauty and serenity of the property and the wonderful acoustics of its farm buildings. The next year, he and several colleagues incorporated the Marlboro School of Music, entering into a lease with Mr. Hendricks for seasonal use of the campus. As our original founding artists discovered, the beauty of the hillside setting and the wonderful acoustics of the farm buildings lend an air of serenity and deep connection to the property that Marlboro Music has called its home for the past seven decades.

Your Gift Makes a Difference

Construction costs for the two new buildings are $12.7 million. Through the generosity of Jerome and Celia Bertin Reich, Dunard Fund USA, and major gifts from other donors, we have secured over 90% of this goal to date.

We are now asking friends like you to help us reach our goal. Gifts in all amounts will be gratefully acknowledged, and donations of $10,000 and up can be made in annual installments. All donations are tax-deductible, and contributions of $650 and up will be listed in our seasonal Program Book.

We are very grateful to Jerome and Celia Bertin Reich, to Dunard Fund USA, and to the more than 100 individuals and foundations who have contributed to our building project so far (Gifts of $5,000 and over as of June 1, 2021): 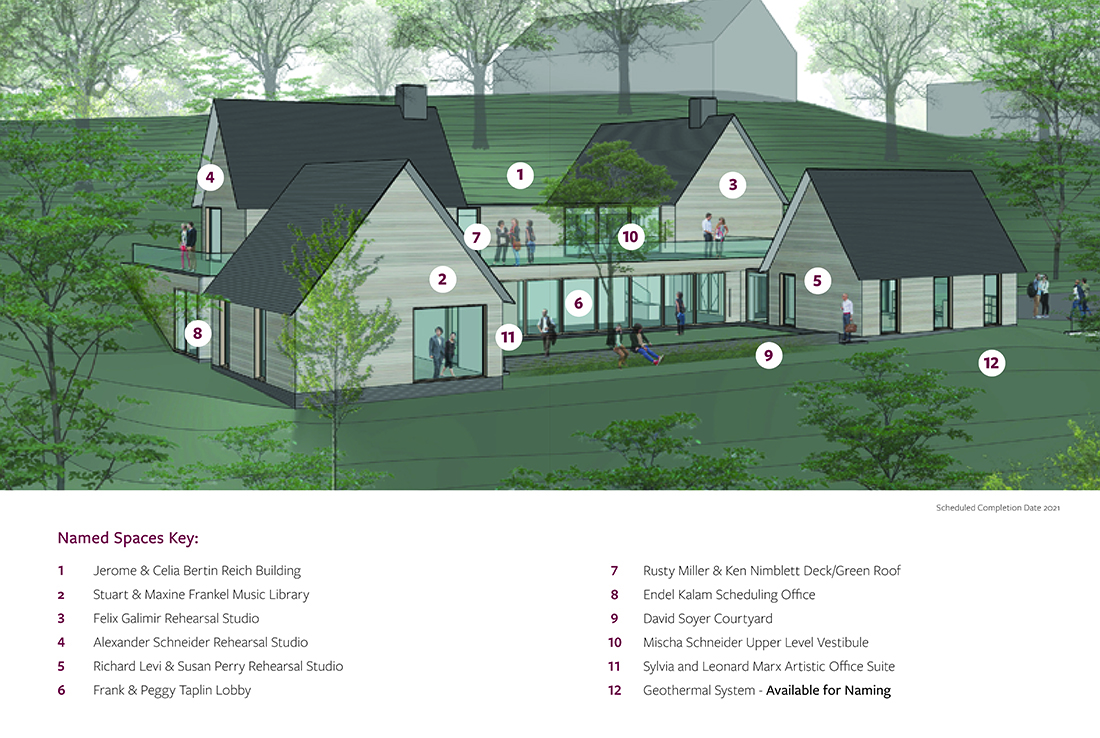 The legendary violinist, teacher, and chamber music authority Felix Galimir (1910-1999) was among the most beloved and influential figures at Marlboro and throughout the world of music. Each summer for 45 seasons, he changed the lives of aspiring musical leaders through the depth of his knowledge—including insights gained by playing for leading composers of the early 20th Century, his insatiable and inspiring love of music, and his infectious personality. You can read more about Felix here. The Marlboro community was touched and delighted that Felix’s niece and nephew, Judy and Richard Hurtig, have pledged a generous matching gift to name one of the new chamber music rehearsal studios in his honor, ensuring that his amazing legacy will live on for generations to come. We invite you to join them and so many friends in making this possible.

Frank Taplin (1915-2003) took on the chairmanship of the Board of Trustees in the early 1960s, when Marlboro’s financial situation was unstable and its long-term future in doubt. Inspired by his friendship with Rudolf Serkin, and his love of music and Marlboro’s ideals, Frank sprang into action. Utilizing his amazing people skills, broad contacts, and expertise in institutional governance, he expanded the board with figures of national renown, created strategies for effective fundraising, established reserve and endowed funds, and set Marlboro on a sustainable path forward. He and his charming wife, Peggy, made Marlboro their summer home and, for decades, hosted annual picnics for our musicians, staff, and their families. Throughout his life, Frank continued to advise, encourage, and support the senior staff. We are delighted that members of the Taplin family have pledged matching support to name the spacious lobby of the Reich building after this true Renaissance man, who was so essential in sustaining Marlboro, and in enhancing other musical organizations of international prominence.

If you have questions about how you can help sustain Marlboro or would like to make a pledge, please contact Patricia Manley, Advancement Director, at 802-254-2394 (summer) or 215-569-4690 (September–May) or at pmanley@marlboromusic.org.

Marlboro Music is a 501c3 charitable organization, and your generosity is tax–deductible in the U.S. Donors who give $650 and above are acknowledged in the annual printed program book; endowment funds are recognized in perpetuity.

Please note: proof of vaccination against Covid-19 is required to attend Marlboro concerts and open rehearsals; vaccination and ID cards will be checked at the door. Masks are also required inside the building. We thank you for your cooperation and understanding.